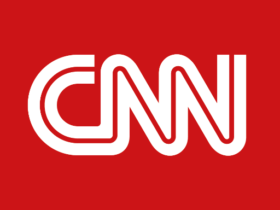 [CNN] China’s Covid success compared to Europe shows lockdowns are the first step, not a solution

IBM scored a new patent last week that hints at potential uses of blockchain-based consensus in gaming environments — particularly those of the massively multiplayer variety.

The patent, entitled “Gaming concensus protocol for blockchain,” was awarded on November 10. First filed in 2018, the patent outlines examples by which a game’s participants — particularly those in a massively multiplayer online (MMO) game — would participate in the ordering of transactions that make up the game’s flow of information. Players would, in effect, be akin to bitcoin miners in that their hardware and software resources would be used to order transactions in blocks.

What’s more, those peers could potentially get paid for contributing their resources to the game. As the document explains:

“In one embodiment, the consensus algorithm is provided as a service from the game network to any blockchain network, thus blockchain networks can delegate consensus to a distributed network of game clients within the gaming peers. In the preferred embodiment, for each transaction processed by the massively multiplayer online gaming network, a fee would apply. These fees may be distributed between the participants of the consensus round (i.e. participants/users associated with each gaming peer ) as an incentive, be used to maintain the network infrastructure or any other purpose that serves the gaming network and the players.”

As the document goes on to stress, this player-centric consensus model only forms one part of the overall system. But their role could expand should sufficient computing power be assembled.

“The gaming peers would only perform consensus on the ordering of the transactions. The execution of smart contracts remains within the blockchain network. In some embodiments, smart contract execution could be moved to the massively multiplayer online gaming network if the gaming peers have sufficient computing power to perform the additional task of executing the smart contracts and if the business case allows it in terms of security and confidentiality,” the document explains.

To date, IBM has not revealed much in the way of its thinking on the gaming and blockchain front. The tech giant published a third-party blog post in February about the ways in which the technology intersects with the gaming world, highlighting the use of non-fungible tokens for in-game assets.