[Cointelegraph] At $10,600, Bitcoin price is on track for its second-best quarter ever

Yearn.finance used to be the darling of the DeFi sector, with investors pouring massive sums of capital into the YFI token while largely looking towards it to become one of the largest and most widely used platforms within the decentralized finance ecosystem.

The sentiment surrounding the Yearn project began to shift a few weeks ago, however, after the founder lured investors into an experimental smart contract project he was developing that resulted in 50% of their funds being lost.

Although he didn’t directly encourage users to manually call the contract to mint tokens, he did drop multiple teasers on Twitter that inevitably led to this happening.

A fragmented community compounded the weakness this sparked and has since led its price significantly lower.

One analyst is now noting that Yearn.finance’s bullish market structure has now been nullified and that further downside could be imminent in the near-term.

At the time of writing, Yearn.finance’s YFI governance token is trading down marginally at its current price of $13,500.

This is just a hair above its post-high lows in the $12,000 region that were set during its recent capitulatory selloff.

The lack of buy-side pressure does seem to indicate that a move down to these recent lows could be imminent in the near-term.

If it does plunge down to these lows, a break below them could spark a selling frenzy that leads to another capitulation phase.

Unless bulls can guard against this, it could indicate that some serious downside is imminent in the near-term.

While speaking about where the cryptocurrency might trend in the near-term, one analyst explained that he is watching for a 50%+ drawback.

He specifically points to $6,200 as a target in the near-term, contending that this is a reasonable target based on the degrading market structure.

“Safe to say that bullish structure and 100k targets are gone for now. The only level of interest of me is the diagonal resistance: break it, retest it and bounce and ill become a DeFi maximalist,” he said.

Because Yearn.finance’s YFI token remains highly correlated to the aggregated DeFi space, where it trends next may depend somewhat on the entire sector. 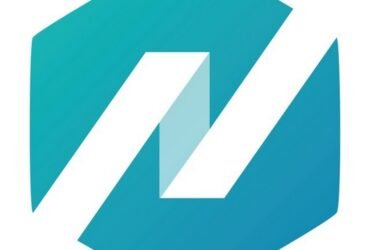