Bitcoin has been caught within a prolonged consolidation phase throughout the past few days and weeks, with buyers and sellers both being unable to take control of its near-term trend.

This has done little to offer investors with insight into where it may trend next, and its close correlation to the U.S. stock market makes it likely that it will continue lacking a trend until either the election is finished or a second round of stimulus is passed through.

This could be incredibly bearish for altcoins, as they have been slowly sliding lower over the past few days while investors move to take some risk off the table while the entire market’s outlook remains somewhat uncertain.

One analyst is now noting that he expects Bitcoin to see a pullback in the near-term that takes it beneath $11,000.

Although this decline would be overtly bearish, he believes that it will be the last decent buying opportunity and will be followed by significant upside.

At the time of writing, Bitcoin is trading up marginally at its current price of $11,340. This is around where it has been trading throughout the past few days and weeks, with buyers and sellers largely reaching an impasse.

Its rally up to these highs occurred last week close on the heels of news regarding Square’s decision to purchase $50 million worth of BTC to be held on their asset books.

This news was certainly bullish and marked another step forward towards Bitcoin becoming a reserve asset.

That being said, it was not enough to push BTC past the resistance it faces within the mid-to-upper $11,000 region.

Analyst: BTC Likely to Reel Towards $10,700 Before Extending Uptrend

For Bitcoin to further extend its uptrend and rally higher, one analyst is noting that it is imperative that the cryptocurrency retraced towards $10,700 before making any further advances.

“We finna tap the MO. But don’t go net short or you’ll get left behind empty handed for good,” he said while pointing to the chart seen below.

Where the entire market trends next will depend largely on Bitcoin and on whether or not it can defend against any sustained downturn in the days, weeks, and months ahead. 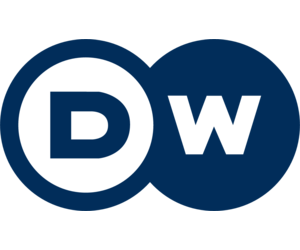